Alex joined Heckford Norton in 2015 and became a Partner in 2019. He completed his Training Contract with a central London firm and after qualifying as a Solicitor in 2010, he specialised in Criminal Law. He now Specialises in Employment Law and is the Partner in charge of the Stevenage office of the firm.

Alex has retained his interest in criminal law and is a qualified Police Station Accredited Representative, Duty Solicitor and also holds the Higher Rights of Audience Certificate allowing him to practise at the Crown Court.

Alex has experience with a variety of criminal matters and has represented clients throughout the country. He is an experienced Trial advocate who is always determined to achieve the best for his clients.

Away from the office, Alex is a Governor at a Primary School in Hertfordshire and on the Executive Committee of a School in North London. He also speaks Greek and Spanish.

R v P [2015] - Robbery – 5 Defendants in this trial. The case against Alex’s client was dismissed after a successful submission of no case to answer 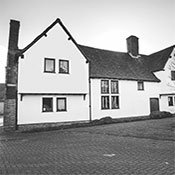